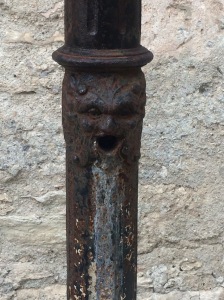 The island of Ortygia is both the symbolic and literal heart of Siracusa (Syracuse), the largest city on the eastern coast of Sicily. The streets are rich in medieval and Baroque palaces, one of the most light-filled piazzas in Italy and equally poetic wrought iron balconies bright with flowers and linen fluttering in the wind.

Ortygia is a small enough island that almost every turn opens out onto views of the Ionian sea, and the few enclosed narrow lanes that do exist seem to compensate. One of the city’s two main piazze features the Fonte Artusa (Arthusa Fountain), depicting the nymph Aretusa who, when pursued by the river god Alpheus, took refuge on the island of Ortygia and hid by changing into a spring. Though surrounded by the sea, the island’s drinking fountains built into walls run with fresh water.

Ortygia’s second public gathering place, Piazza d’Archimede (Archimedes Piazza), tells the story of the famous geometrician Archimedes who was born in Siracusa in 287 BC. Archimedes was so absent-minded that he would frequently forget to eat, drink and bathe. His servants needed to drag him to his bath, and it was there where he discovered his principle: any body immersed in water loses weight equivalent to the water it displaces. So delighted by this discovery, he jumped out of the bath and ran naked through the streets of Ortygia shouting “Eureka!” (I have it!)

Archimedes was also instrumental in defending Siracusa against the Romans by setting fire to the enemy fleet by focusing the sun’s rays with a system of mirrors and lenses. His concentration was so great that when the Romans succeeded in entering the town anyway by surprise, he didn’t hear them and a soldier ran him through with his sword.

One thought on “The Stories that Remain”

So beautiful—the tulip fields up in the Skagit Valley were amazing! I haven’t made that trip in many years and after today, I don’t know why! #tulipsofinstagram #skagitvalleytulipfestival
Are you a synesthete or do you know someone who is? I’m working on a book with a character who lives with synesthesia and I’d love to speak with you. DM me if you’re willing to talk! #synesthesia
Such a beautiful creative life for 104 years.
This is a great opportunity for emerging children’s writers. Some great mentors this year. Several folks should go for it. I’m thinking of you @ramlah.design ! @scbwiwwa
I want Sue Bird and Megan Rapinoe as greeters when I get my vaccine! Thanks @sbird10! @lbfbooks
Every year I think maybe I won’t feel like gardening this year. Then spring arrives. ❤️ And my kale wintered over this year! #helleboreseason #kalesurvived

I love to write and I love helping students learn how they can become better writers. Since 2010, I have worked with dozens of high school students helping them brainstorm and craft great college admissions essays. Click on the College Essay Coaching tab (above) for more information.
Loading Comments...
Comment
×
<span>%d</span> bloggers like this: